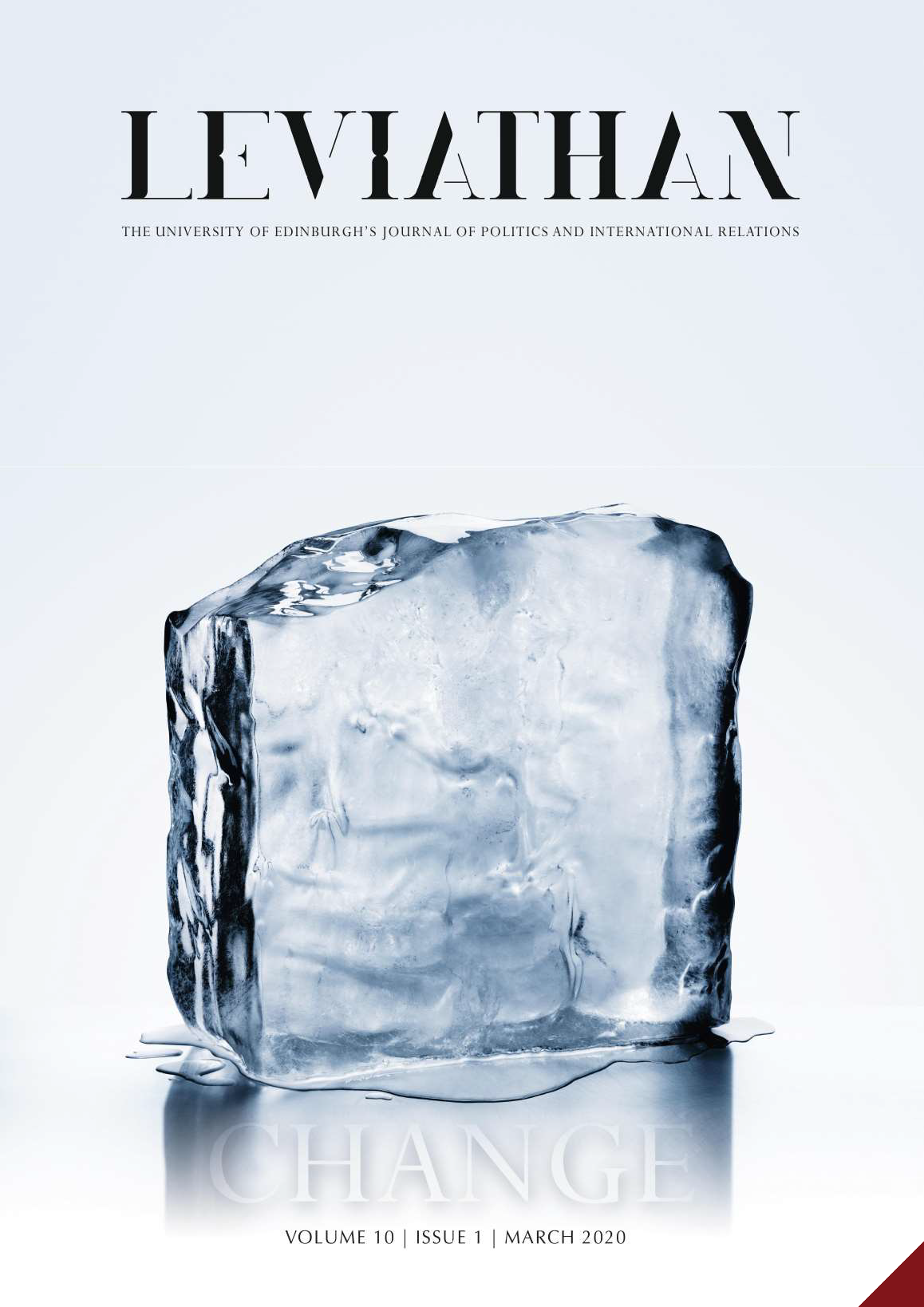 With the climate crisis looming, populist leaders firmly entrenched in the former beacons of moderation, Brexit altering the geopolitical landscape of Europe, further polarisation of the political scene in the US, mounting divisions within the EU, instability in the Middle East, struggle for power of former strongmen of Sudan and Zimbabwe, protests in India and recession in Japan, Change couldn’t be a more topical theme for Leviathan. Unsurprisingly, surgical masks and umbrellas, representing outbreak of coronavirus and protests in Hong Kong respectively, come to symbolise the beginning of the third decade of 21st century. Together with our friends
from Edinburgh Political Union (EPU), we have strived to engage all of the students in a series of passionate debates. While the EPU hosted a number of engaging events such as Justin Ho’s talk on protests in Hong Kong, we helped students enter the conversation through academic writing.

Leviathan offers a wide array of perspectives on change, through five articles in the printed issue and more than ten available online. By doing so, we fulfil our mission of sparking accessible and meaningful conversations.
Sonia Lilja explores the potential of Iranian cinema as a force of positive change for women, showing how innovative filmmakers are challenging traditional barriers in promising ways. In China, Jackson Paul Neagli shows how certain possibilities of knowledge productions are foreclosed through a nuanced system of conditional autonomy. Pedro Rogerio Borges de Carvalho is equally ambitious, considering avenues of regulation for autonomous weapons systems and the potential ramifications for warfare as we know it shouldn they be allowed to develop unchecked. Maria Gharesifard contextualises decades-long middle eastern fault lines from an increasingly exigent ecological perspective, bringing human need and resource depletion to bare on civil conflict. Finally, Brindley Fortuin unpacks the complex history behind last year’s parent protests in South
Arica, showing how nuances of design and geography have entrenched apartheid’s legacies even as culture is renegotiated and changed in educational settings and beyond.

We wouldn’t have been able to work on so many amazing articles had it not been for our team. In the past months, Leviathan has become the largest student-led peer-reviewed journal in Scotland. Not only have we expanded our team to fifty people, but also we managed to foster community and boost the skills of our team members. The production process has been expanded to include peer reviewing, more copy editing and more comprehensive writers’ training. For the first time, we accepted international writers from outside the university, dropped quotas of number of articles per section and composed insightful writers’ guides to allow people of all skills to contribute to Leviathan.

We hope that you will enjoy reading Leviathan as much as we enjoy bringing it to you.

This journal is hosted by Edinburgh Diamond. All material is licensed under a Creative Commons Attribution 4.0 International (CC BY 4.0) licence, unless otherwise stated.