Cardiovascular disease (CVD) has been acknowledged to be a major extra-articular comorbidity in patients with rheumatoid arthritis (RA), with myocardial infarction (MI) particularly being the most prominent. Contributory factors include the rise in traditional risk factors and proinflammatory changes seen in RA patients. Two drivers of proinflammatory changes are mainly emphasized in this review: insulin resistance and dyslipidaemia. Among the cytokines involved, tumour necrosis factor alpha (TNF-α) has been identified as one of the major molecules contributing to the proatherogenic state seen in these patients. As such, biological therapies such as anti-TNF drugs are hypothesized to have a secondary function in reducing CVD in these patients. Using TNF-α as an example, this review provides an overview of how chronic inflammation increases the risk of CVD, focusing mainly on the two drivers: insulin resistance (IR) state and dyslipidaemia. The review also investigates if anti-TNF drugs can reduce the effects of these two drivers and hence, determine if anti-TNF drugs can produce a clinical effect of reducing the risk of MI in RA patients.

A literature search was conducted using Medline and Google Scholar (1990–January 2013). Studies were selected if they addressed the pathophysiology of TNF-α in CVD risk for RA patients or the effects of anti-TNF therapy on IR, dyslipidaemia or MI in RA patients. Although the studies were unable to establish if anti-TNF therapy can reduce CVD risk, responders to anti-TNF therapy appears to have a significant lower risk of MI.

Despite its effects, additional studies should be conducted to determine its cost-benefit ratio. This is because of its high cost and its administration limitations. Future studies should also determine if the lipid profile in RA patients truly reflects their risk of CVD, as some studies have reflected an increased CVD risk as compared to the general population. 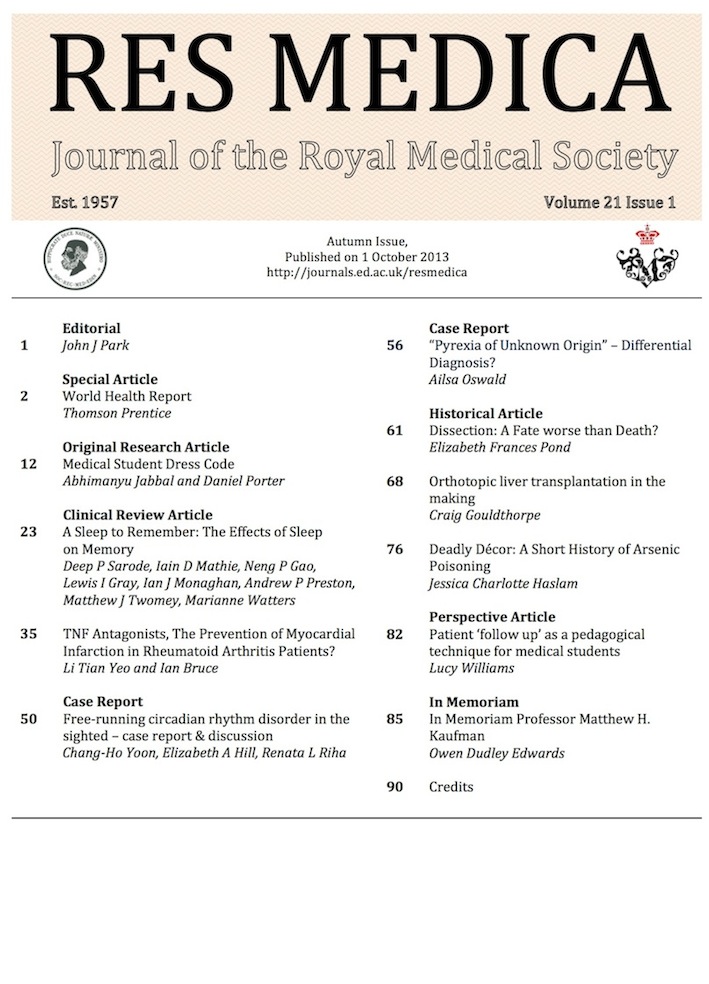