The Itaparica technocomplex encompasses most of the lithic productions in Central Brazil from the Pleistocene-Holocene transition and early Holocene. It is characterized by industries based on a techno-functional complementarity between tools made from unifacially shaped blanks and retouched flakes. The unifacially shaped artefacts, designated by different names in the literature (for example, limaces, plano-convex tools, unifaces), are historically the most emblematic remains of this technocomplex. Techno-functional analyses of these artefacts demonstrate that they did not correspond to a single tool, but rather to a blank for different simultaneous or successive tools. Many indicators also suggest that these blanks had a long useful live and passed through different technical phases. We present here a study of the chaînes opératoires related to the reconfiguration of the unifacially shaped artefacts of the Itaparica technocomplex during their use-life. To do so, we use the collection recovered during the excavation of the GO-JA-01 rockshelter, in Serranópolis (Goiás state), central Brazil. This important corpus of 377 pieces allows for a good perception of their technical variability. It comes from layers dated between 12,500 and 10,000 calibrated years BP.
Different stages of modification of the unifacially shaped artefacts can be observed. Resharpening is limited to restoring the functionality of an active part. It affects the sides as well as both extremities of the blank. It is common, also, to find these artefacts as fragments, due to transversal fractures. It is not always easy to determine if the fragments are the result of an accident during the use of the artefact or of a deliberate act of reconfiguration. Nonetheless, in various instances, cases of removal scars posterior to the fracture demonstrate that fragmentation was taken into account in the reconfiguration schemes of the unifacially shaped artefacts.
Strictly speaking, reconfigurations concern more important modifications than resharpening, affecting the artefact’s volume and not only its periphery. They correspond to new steps of shaping, either partial or complete. Reconfigurations can be seen at the GO-JA-01 site thanks to detailed analyses to the diacritical schemes of production and by visible differences in artefact surfaces (e.g., double patinas). These modifications can follow one another until the blank is exhausted. In such cases, the artefact no longer possesses operational transformative parts.
By studying the indicators of modification throughout the use-life of the unifacially shaped artefacts from GO-JA-01, one can define two different reconfiguration schemes. In the predominant one, modifications touch mainly the distal and proximal ends, thus reducing the artefacts length. In a secondary scheme, on the contrary, width decreases due to reconfigurations in the sides. Those two schemes can also be found in the collection of artefacts from Lapa do Boquete site (Minas Gerais state).
Reconfigurations can have a significant impact on blank volume and form, but they cannot explain all the variability of these artefacts. It appears that there exists a consistency in the structure of the blanks over time and this calls for the existence of a diversity of intentions from the start of the production of the unifacially shaped artefacts of the Itaparica technocomplex. 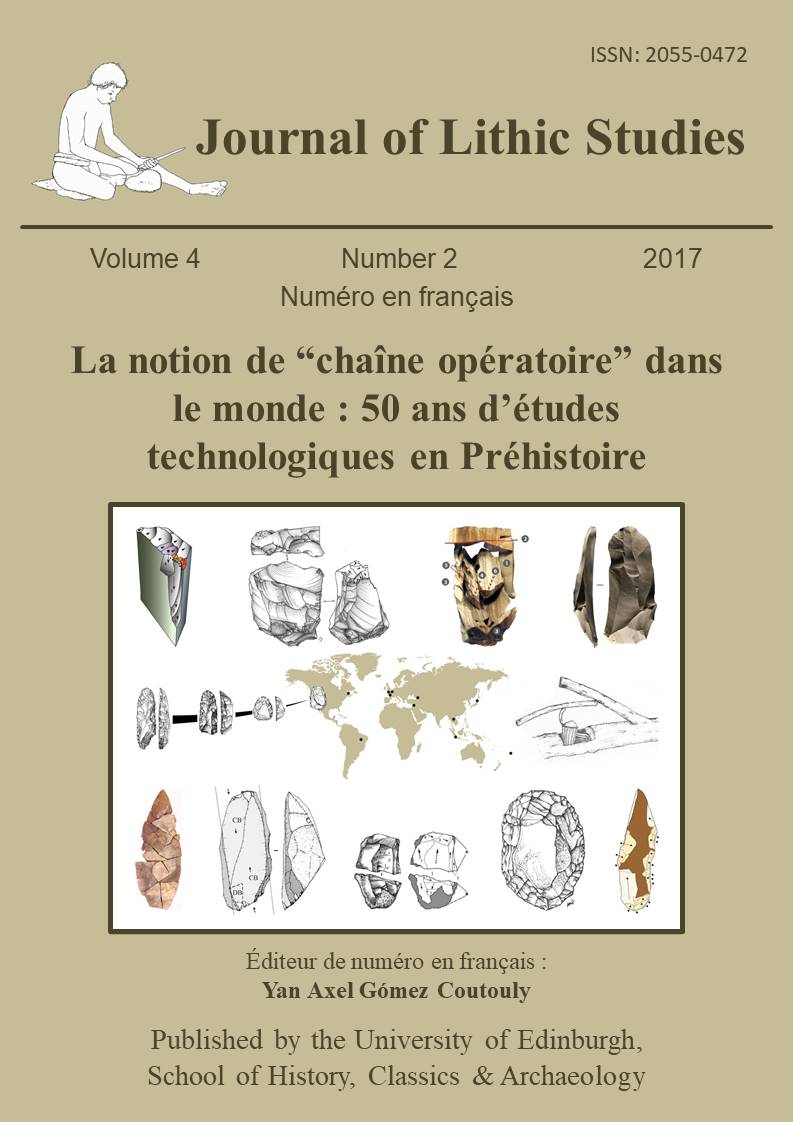