Between 5 and 9 October of 2016 the Seminário Nacional de Tecnologia Lítica (National Seminar of Lithic Technology) took place on the campus of the Pontifical Catholic University of Goiás, Brazil. The seminar aimed to create a space of exchange and learning among students, researchers and professors which currently work with prehistoric lithic technology, developing studies in different regions of Brazil, in addition to the special participation of a researcher from Peru. The event was conceived and developed through the efforts of three Brazilian institutions: the Pontifical Catholic University of Goiás (Dr. Sibeli A. Viana and Marcos Paulo Ramos), the University of Pelotas, Rio Grande do Sul (Dr. Maria Gluchy), and the Federal University of Minas Gerais (Dr. Jacqueline Rodet), in addition to a partnership with Paris West University Nanterre La Défense (Dr. Eric Boeda). Activities of practical analysis on lithic material and knapping were developed with the aim of better understanding the methods and techniques involved in the production of archaeological tools. As the event sought to develop practical activities, with dynamic ones, it was accompanied by monitored knapping sessions. It was necessary to restrict the participation to a small number of people (20). Still, there was participation by students from undergraduate, master's, and doctoral programs. As well, places were reserved for archaeologists working with rescue projects involving lithic period sites. 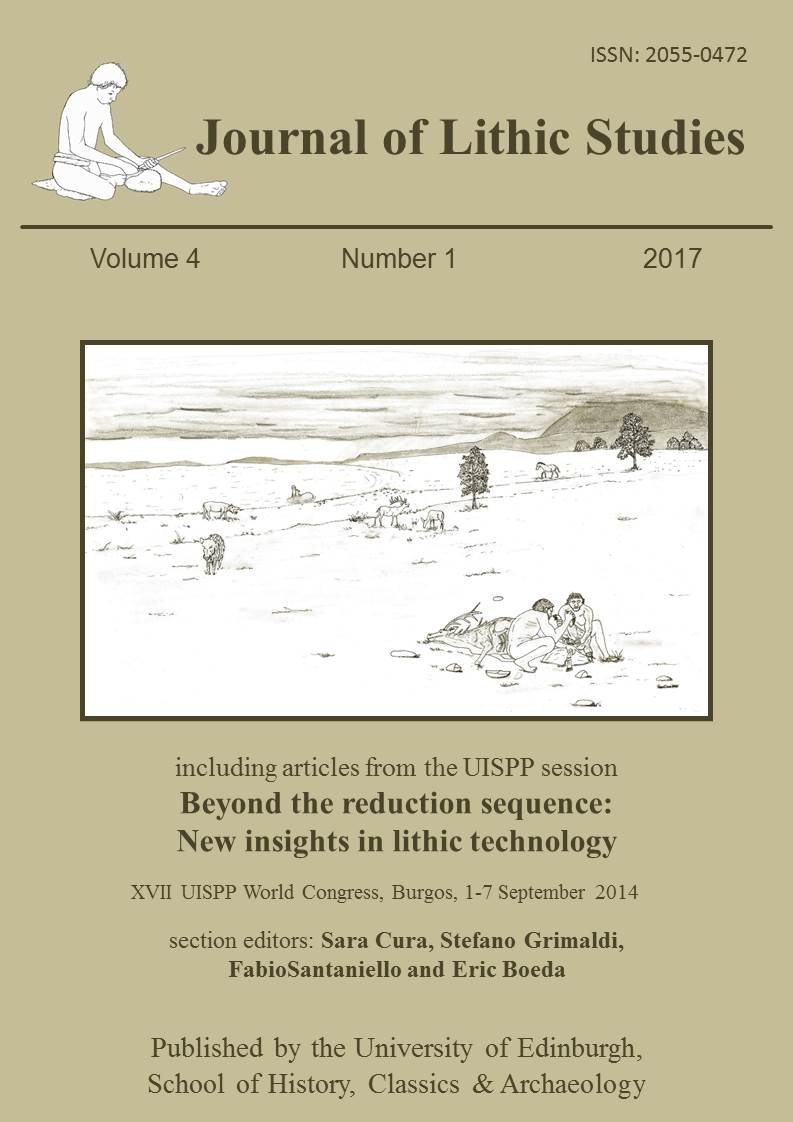