Study of the energy investment applied in the manufacture of stone tools from San Matías Gulf coast (Río Negro, Argentina) during the Middle and Late Holocene

Lithic technology is one of the many strategies that past human groups primarily utilised to extract and process resources for consumption. Different artefacts can be manufactured by investing different amounts of energy (while some of them require a great effort to be produced, others can be produced with very little investment of energy), depending on factors such as raw materials availability, the purpose for which the instruments are made, the temporal constraints, among others. This energy investment can be measured by different indicators. It is expected that in an environment where the spatial and temporal variability results in a heterogeneous distribution of resources, the sets of artefacts will show greater energy investment in order to be more efficient to exploit and process the necessary resources. The opposite would occur if energy is randomly distributed in the environment (Torrence 1983; Jeske 1992; Bousman 1993).

The area of this study is the San Matías Gulf coast (Río Negro province, Argentina). Because of its geomorphological and structural differences, this coast has been divided into two distinct areas: the northern sector (between San Antonio Oeste city and El Cóndor), where there is a combination of accessibility to marine resources, of fresh water and an abundant availability of lithic raw materials and topographic shelters (Borella et al. 2007; Cardillo & Favier Dubois 2010); and the western portion (between Las Grutas city and the border with Chubut province), which is environmentally more homogeneous and with a lower variety of marine resources (Orensanz et al. 1973), and would have been used less intensively than the other portion of the gulf (Borella et al. 2007; Favier Dubois & Borella 2011). The dates of the northern sector go from ca. 6000 to 450 14C years BP (Favier Dubois et al. 2009a), while the dates of the western sector go from ca. 3000 to 900 14C years BP (Borella et al. 2015).

In order to distinguish differential efforts put into the manufacture of lithic artefacts, this paper presents the results of the application of the concepts of "technical class" (Aschero & Hocsman 2004) and "utilitarian design" to the lithic assemblages recovered in the study area. The first concept considers overlapping flake scars that may fully or partially cover the surface of one or both sides of the instrument, intersecting or not at the tool’s middle axis (Aschero & Hocsman 2004). Categories within the technical class are not separated compartments but, according to Hocsman & Escola (2007: 76), there is a continuum in the morphology of artefacts ranging from those that can be produced with little effort, to those for which manufacture involves a greater effort. This approach is complemented by the study of utilitarian designs of instruments. This methodology was used in order to distinguish differential efforts in the manufacture of various artefact types found in the archaeological assemblages analysed, and to discern trends in the use of the different rock types found in the archaeological record. All of the analyses were performed according to the criteria established in Aschero (1975; 1983), whereas the identification of raw materials was made according to Alberti & Fernandez (2015). Finally Chi2 test were run in order to determine whether the detected intra- and inter-coastal differences are statistically significant or not.

For the northern coast of the gulf, the results indicate a general low energy investment, which goes along with the exploitation of marine resources during the earliest occupation periods. This is supported by the high percentages of blanks obtained using indirect percussion, by the absence of requirements of blank manufacture and by the absence of an imposition of requirements of form. Towards the later periods of occupation, the results indicate an increase in energy investment as part of an increased risk and diet diversification, since there is a rise in the manufacture of instruments by bifacial thinning. This could possibly be related to the emergence of new technologies such as projectile points needed to capture terrestrial resources. On the west coast of the gulf, however, the energy invested in the manufacture of artefacts would have remained constant over time, with the predomination of low energy investment throughout the occupation.

Through the study of energy investment indicators, it could be established that a change in the energy investment put into the manufacture of instruments would only have taken place in the northern coast of the San Matías Gulf. This is related to a diet diversification that has been proposed for the area (Favier Dubois et al. 2009a). However, within this overall low energy investment for early periods of the occupation, there would have been a slightly higher investment on the west coast. A plausible explanation for this is the form in which raw materials appear in the environment and their quality for flaking activities. On the northern coast these sources are abundant and ubiquitous and of regular to good quality, while those on the western coast are located in specific places and their quality is better (Alberti 2015: 239-247). So, it is thought that due to higher efforts of rock provisioning on the west coast, technology would have tended to be conservative (sensu Nelson 1991), with more energy invested in the manufacture of instruments in order to extend their use-life. On the northern coast, however, the greater availability of rocks would have led to a rapid disposal of the artefacts, which would have been manufactured with low energy investment.

For later periods of the gulf’s occupation, an increase in energy investment was registered only for the northern coast. Therefore, the incorporation of land resources to the diet involved changes only in this region. It is possible that on the west coast the energy invested in artefact manufacture since the earliest times in relation to the availability of raw materials in the environment would have been enough for the extraction, processing and consumption of the new resources added to the diet in later times.

This study establishes yet another indicator that reinforces the idea of a more dynamic and changing occupation of the northern coast of the San Matías Gulf, according to a heterogeneous distribution of food resources, and a more homogeneous use of space on the western coast, concordant with a reduced variety of resources in the environment. 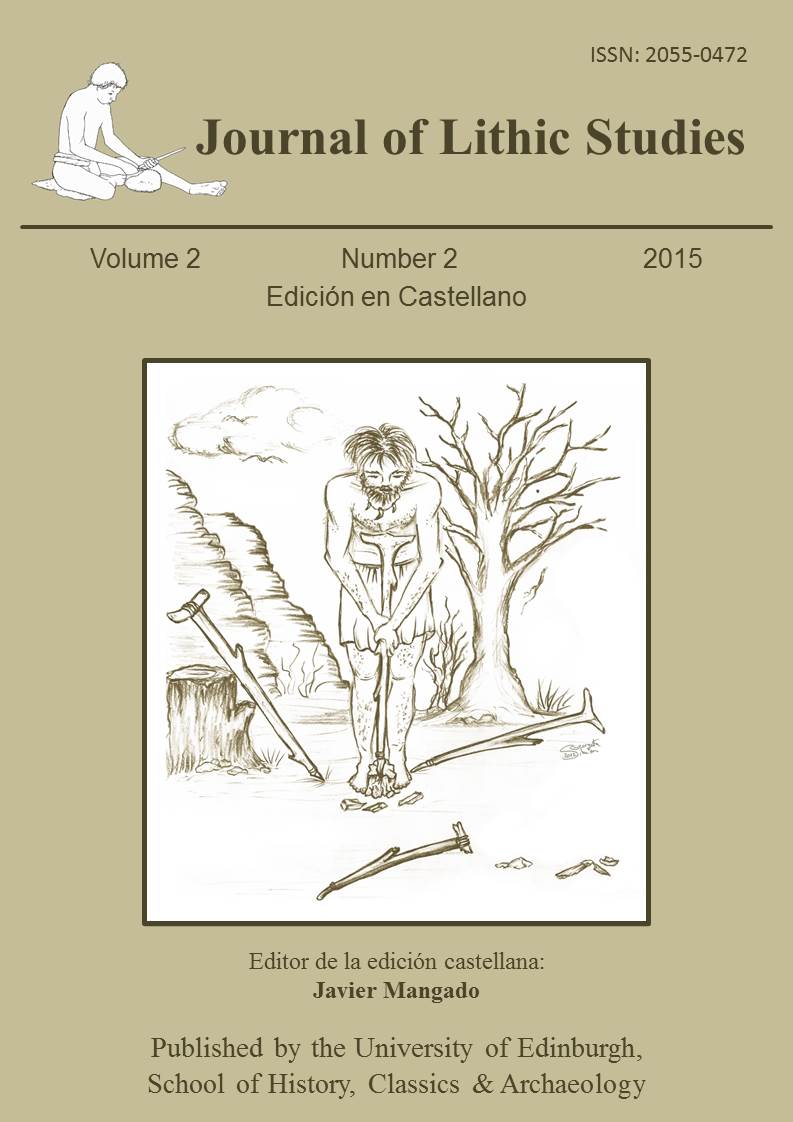