From an address to the Society in November  1968.

Knowledge gained from mutation research can be put to various uses for the benefit of mankind. One of them is assessment of genetical hazards from ionizing radiations. Before the war, this meant almost exclusively X-rays used in diagnosis and therapy.  H. J. Muller, who in 1927 discovered the mutagenic action of X-rays, almost at once entered upon a campaign against the reckless use of radiation in medical practice. Especially in the USA , it was fashionable for the G.P. to have in his surgery a fluoroscope with, usually, an unknown and, often, a very high output of radiation and to use it indiscriminately even where less dangerous methods of diagnosis were available. There was also a practice of temporarily sterilizing men by radiation; when these men later on became fertile again they produced children from sperm that had been heavily irradiated as spermatogonia. In women, similarly high X-ray doses were used to produce fertility by follicle rupture. Until the war, the medical profession took very little notice of Muller. This careless attitude changed when fall-out and nuclear accidents became a major concern. Nowadays many national and international organisations, in all of which geneticists play an important role, are engaged in monitoring the amount of radiation to which we are exposed, in assessing its genetical consequences and in fixing “permissible” levels of radiation. 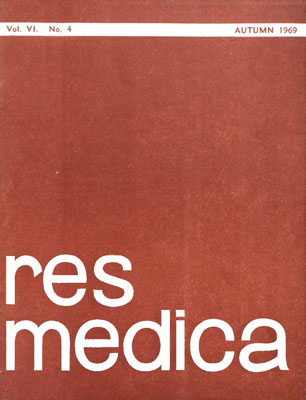