The discovery of vitamin D.

It was as early as the mid-1600s that Whistler (1) and Glisson (2)independently published scientific descriptions (in Latin!) of rickets, caused, we now know, by a vitamin D deficiency. However neither treatise recognised the crucial role of diet or exposure to sunlight on the prevention of this disease. Around 200 years later, in 1840, a Polish physician called Sniadecki realised that cases of rickets occurred in children living in the industrial centre of Warsaw but did not occur in children living in the country outside Warsaw. He surmised that lack of exposure to sunlight in the narrow, crowded streets of the city where there was considerable pollution due to the burning of coal and wood, caused the disease. Such a view was poorly received at the time as it seemed inconceivable that the sun could have any useful benefit on the skeleton. The prevalence of rickets increased as industrial processes and labour expanded and, by the end of the nineteenth century, this bone disorder was estimated to affect more than 90% of children living in such urban polluted environments in Europe. Similarly, as Boston and New York City grew in the late 1800s, so did the number of cases until, in 1900, more than 80% of children in Boston were reported to suffer from rickets. 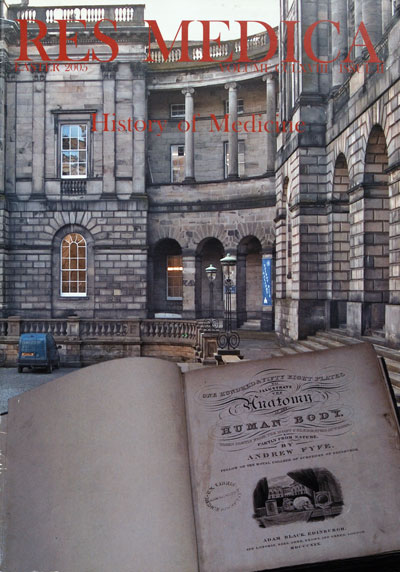 Res Medica is an Open Access journal. All material is licensed under a Creative Commons Attribution 4.0 International (CC BY 4.0) licence, unless otherwise stated.
Royal Medical Society
This journal is hosted by Edinburgh Diamond.