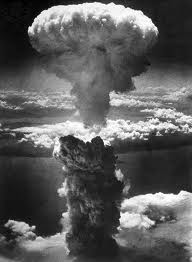 Since the beginning the end has always been with us.

As the 5th issue of FORUM, the University of Edinburgh Postgraduate Journal for Culture and the Arts demonstrates the apocalypse has proved to be a resilient cultural trope throughout human history. Dr Darryl Jones' wide-ranging guest article provides historical context for the treatment of the apocalyptic tone in literature, setting the scene for the literary discussions of the 19th century short stories of Wilkie Collins and George Eliot, the Science Fiction novels of George Turner and the more contemporary concerns of Don Delillo's work. The flexible nature of the apocalyptic theme is reflected in two papers investigating the use of apocalyptic tone in two non-literary media forms, namely the eco-concerns of the films of Rolf de Heers and the sonic experience of the apocalypse in Tom Waits' Bone Machine, while a more philosophical approach is adopted in the discussions of our ability to linguistically comprehend the "end" post-Trinity, and the radical eco-activism of the Earth First! movement.

As this selection of essays proves, attempting to study human conceptions of apocalypse provides a colourfully broad canvas of topics and approaches which, like the literal meaning of the word itself, constantly hint at the "unveiling" of a coherent truth while simultaneously remaining tantalisingly out of reach.