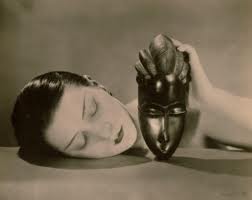 The spring 2008 issue of FORUM explores the concept of desire as a force inspiring works of art within a variety of cinematic and literary genres.

The issue opens with a guest article by Homay King examining the intersection between the “desire to know” and Orientalist elements of mise en scène within the genre of film noir. The discussion of cinematic representations of desire continues with articles on murder and the gaze in 1960s British film and female effigies in contemporary film Lars and the Real Girl. Turning to literature, an analysis of Angela Carter’s novel The Infernal Desire Machines of Doctor Hoffman looks at the function of desire within identity formation; while an essay on Gerard Manley Hopkins’s confessional notes presents a new take on a popular topic: forbidden longing.

In moving between the personal and the universal, the forbidden and the permissible, the articles in this issue present a spectrum of approaches to and understandings of desire and its aesthetic incarnations.