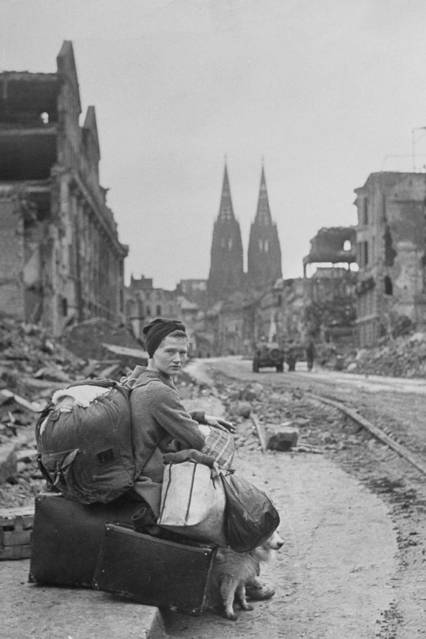 Following periods of social, political, and economic turbulence governments and communities around the world rally in efforts designed to preserve, challenge, or radically overhaul the status quo. Although there is now some reason for optimism, we find ourselves faced with the aftermath of numerous upheavals. Is this a unique opportunity to use the tattered threads of the social fabric to make something new? Where do we go from here?

This is not the first time that we have been faced with these questions. The 32nd issue of FORUM aims to investigate representations of the aftermath of events and thus the way human beings look at themselves both individually and collectively.

Memories of past catastrophes help inform the process of building and re-building. The legacy of the Great War has allowed European countries to create founding myths which have facilitated the rise of totalitarianism on the continent. In the aftermath of the Second World War, the arts brought to light inequalities in the recovery effort, illustrated by Neorealism’s depiction of the unevenness of the post-war reconstruction in films like Bicycle Thieves (1948). Art and culture are the means by which we are able to create meaning out of chaos, and artists and writers have long recognised the potential of their work to explore or expose the implications of coping with the aftermath. Poets such as Wilfred Owen have challenged notions of patriotism in works like Dulce et Decorum Est (1920), revealing the cynical agendas underlying such discourses. The struggle of building civilisations is explored in William Goldman’s The Lord of the Flies (1954), while George Orwell’s allegorical novella Animal Farm (1945) reflects the events leading up to the Russian Revolution 1917 and then on to the Stalinist era of the Soviet Union.

Alongside reacting to real events, artists and writers have responded imaginatively, considering what could have happened or what might come to pass. Alternative history fictions like Philip K. Dick’s The Man in the High Castle (1962), dystopian fictions such as Margaret Atwood’s The Handmaid’s Tale (1985), and post-apocalyptic cinematography from Metropolis (1927) to Black Mirror (2011-2019), all posit “what if?”.

Many thanks to the following people for their work in reviewing and editing this issue: