Drawing on John MacInnes’s writings on the òrain-luaidh and what he calls the ‘panegyric code’ in Gaelic poetry, this essay argues that the òrain-luaidh of Scotland and a number of genres of women’s oral poetry in Irish derive from a single oral-formulaic tradition that seems to have belonged particularly to women, and to have been dominated by women’s concerns until responsibility for the waulking of cloth passed to men in the migrant Gaelic-speaking communities of eastern Canada. The Irish texts quoted are best exemplified by the caoineadh, or lament for the dead, but also include joke laments, lullabies, work songs, and religious poetry. They share numerous themes and formulas, along with important features of diction, metre and composition, not only with waulking songs recorded in twentieth-century Scotland, but also with the luinneagan composed by Màiri nighean Alasdair Ruaidh (Mary MacLeod) in the seventeenth century. 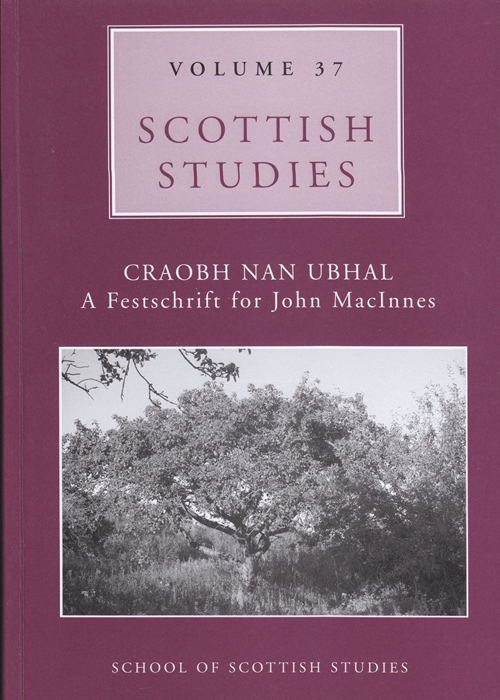